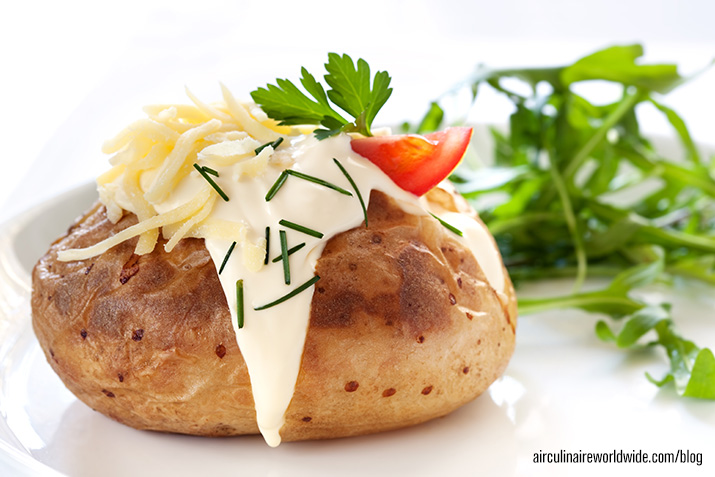 “Tater” is southern slang for potato. The tater can be baked, boiled, roasted, steamed, mashed, fried, grilled or scalloped. Is can also be made into French fries, cottage fries, hash browns, or used in stews, in soup, in potato salad, in dumplings, in pancakes and much more.

Today’s “Tater Day” started way back in the early 1840s, with the trading and selling of sweet potatoes.  It is the oldest continuous trade day in the United States.

The tater can be dated back ten thousand years to the Andes region of South America. The tater is the world’s fourth-largest food crop. There are about 5000 different types of potatoes, and three thousand of those are found in the Andes alone.

The potato was the first vegetable to be grown in space in 1995. There are many types of potatoes sold in the United States, but here are some of the most popular:

Russet varieties – are the most commonly used potato. They are usually medium to large in size, and have a white to pale yellow flesh. They are great for baking, frying and mashing.

Red varieties – these potatoes are small to medium with a nice white flesh. They are great for roasting, mashing, salads, and soups.

White varieties – these potatoes are small to medium and are great for mashing, frying, steaming and salads.

Yellow varieties – the most popular is the Yukon Gold, which has a nice creamy texture. These potatoes are great for grilling, roasting, mashing and salads.