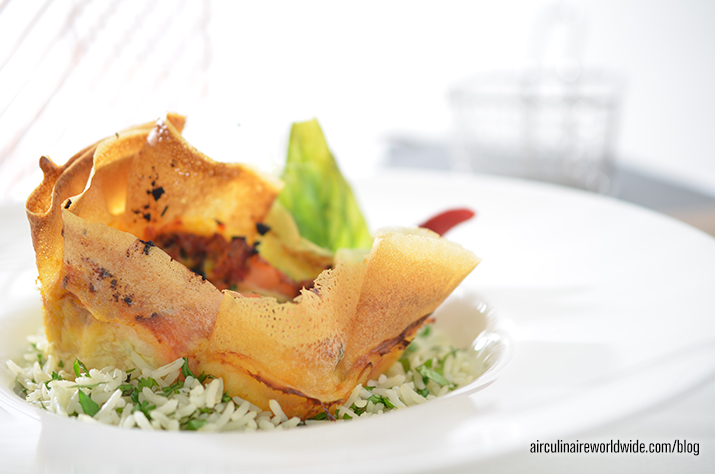 Geneva, Switzerland (May 22, 2017) –Air Culinaire Worldwide announced today that, in efforts to embrace the Parisian way of living, it is has launched a new menu concept, referred to as the Paris Lifestyle Menu. The new menu is the first of its kind in corporate aviation and is heavily influenced by art and culture, using culinary items from around the globe. The Paris Lifestyle Menu is available to those traveling out of Le Bourget Airport and Charles de Gaulle Airport.

“As a self-aware society, emotions often determine culinary choices,” explained Frederic Juillet, General Manager of Air Culinaire Worldwide Paris. “It is with that understanding that Air Culinaire Worldwide has established our most innovative menu to date – the Paris Lifestyle Menus. Each lifestyle section contains gourmet cuisine that ranges in both cultural influence and flavor profile.”

Clientele can choose from a variety of lifestyle menus such as Artistic, Classic, Cultured, Energetic, Urban, Productive, Punctual or Influential, and will be pleased to find that the menu items are reflective of their current culinary state of mind, added Juillet.

“The menu reads like a high-end culinary magazine,” said Juillet. “Our goal was to create a European design that is modern and attractive, displaying the streets of Paris alongside the culinary works of Executive Chef Jean-Marc Collinet, in vivid color. Storytelling through photography and food art bring the menu to life, suiting the emotions of the reader.”

Frederic Juillet, General Manager of Air Culinaire Worldwide Paris, has strived to perfect his lifestyle concept, and provide clientele with an entirely new collection of menu items. “The creation of these dishes is grounded on authentic heritage, ethnic flavors and the commitment to design the very best in international cuisine,” stated Frederic. “It is with the efforts of his team in Paris, that the menu items will be executed daily with relentless precision.”

Air Culinaire Worldwide, a Universal Weather and Aviation, Inc. company, serves in-flight catering to hundreds of airport locations across the globe. Since 2000, business and private aviation operators have relied upon the organization. With 22 owned-and-operated kitchens and hundreds of associate catering partners on six continents, business aviation organizations receive the total in-flight catering experience from one resource: Air Culinaire Worldwide.