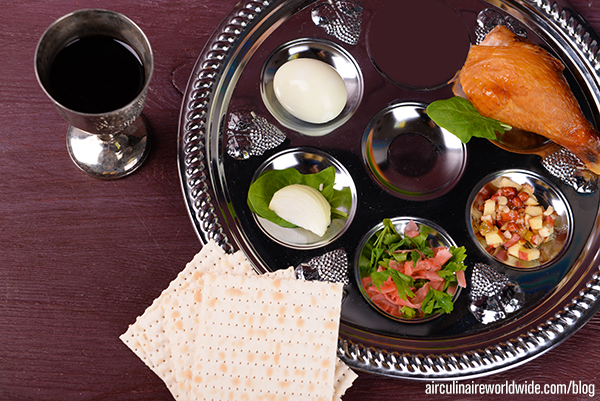 The term “kosher” refers to food that conforms to strict Jewish biblical laws. This pertains not only to the type of food that may be eaten, but also to the kinds of food that can be combined at one meal. For example: meat and dairy products may not be mixed according to kosher laws.

In order to meet kosher standards and receive the kosher seal for catering, food must be prepared under a rabbi’s supervision. In addition to the kinds of animals considered kosher (pigs and rabbits are among the non-kosher group), the laws also decree that animals be fed organically-grown food and slaughtered in the most humane manner possible. In order to help eliminate the chances of cross-contamination with non-kosher items, passengers may request disposable plates, cutlery and cups. Kosher food is divided into different categories. Some of those categories are dairy, meat, glatt kosher and pareve. Below is a description to help guide you through these food categories.

Dairy: milk or any food containing a milk derivative — even in the smallest amount — is considered “dairy” by Jewish Dietary Laws. A dairy product can be certified as kosher if the milk and cheese 1) comes from a kosher animal, 2) contains no non-kosher substances, and 3) contains no meat substances.

Meat: the flesh of birds and mammals, which cannot be eaten with dairy. Certain animals may not be eaten at all. Only animals that are ruminant (chew its cud) and have split hooves may be eaten. Pork, for example, is forbidden.

Glatt Kosher: this term technically only refers to meat that has passed a test which checks that the slaughtered animal was not defective according to Jewish law.

Pareve: A Jewish term describing food made without animal or dairy ingredients. According to kosher dietary laws, animal-based food items cannot be consumed at the same meal with dairy-based food items, but a pareve food may be combined or eaten with either. In order to be pareve, bread and cake must be made with vegetable oil and not with butter or animal fat. Eggs, fruit, vegetables and grains are considered pareve, and can be eaten with either meat or dairy. Fish is also considered pareve, but some kosher observant Jews do not eat fish with meat.

If you have any questions about this article or about kosher in-flight catering, contact weborders@airculinaire.com.