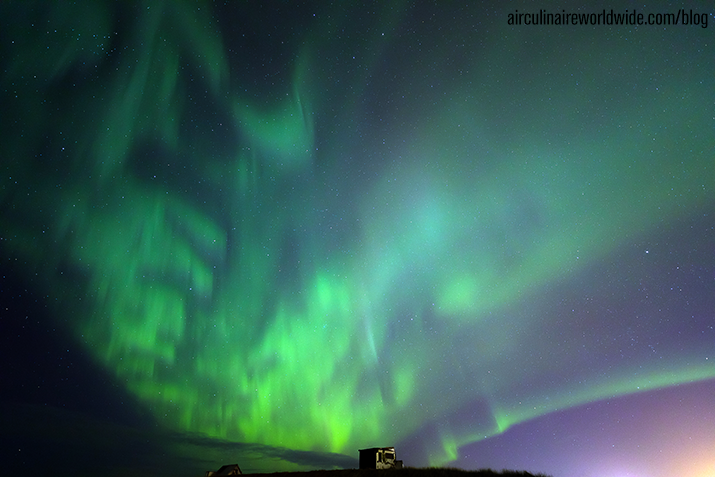 Home to 21-hour summer days and the Northern Lights, Keflavík, Iceland is a town founded in the 16th century which is located in the southeastern region of the country. With a population around 16,000 residents, Keflavík has continued to grow due to the increase in air traffic at its airport, which was built by the United States for World War II but is now the main airport for international travel to and from Iceland. Keflavík merged on June 11, 1994 with Njarðvík and Hafnir which created the Reykjanesbær municipality.

When working on a private aviation trip to Keflavík, you will land at Keflavík International Airport (BIKF). During preparations for your trip, if crew or passengers require scheduled private transportation during your time in Keflavík, arrangements are available through Universal Private Transport. For inflight dining options on your departure from Keflavík, your needs can be fulfilled through the Air Culinaire Worldwide® Network. As always is it best to plan your inflight catering needs at least 48 hours ahead for the details of your next leg, especially during peak season.

The Reykjanes peninsula in which Keflavík and the larger Reykjanesbær municipality are located is home to a geopark that boasts a UNESCO certification due to its importance in geological history. Here you will now only find evidence of volcanic activity, but you can also walk over a bridge between the North American and Eurasian continental plates. This UNESCO Global Geopark is the only location on Earth where you can visit the Mid-Atlantic Ridge above sea level.

The Reykjanes peninsula is home to several naturally-occurring geothermal baths, with the most popular being the Blue Lagoon. In addition, there are so many ways to take in the natural beauty of Iceland with horseback riding, hiking, boating tours for whale watching, fishing – including ice fishing, golfing, glacier tours, kayaking, snowmobiling and luxury helicopter tours.

Icelandic cuisine prominently features fish, lamb and dairy products. Being an island nation, there are over 300 species of fish found locally, including salmon, cod, halibut, haddock, mackerel and more. Perhaps the dish that is most widely famous from Iceland is Hákarl, which is shark meat that has been cured through fermentation and a drying process that takes up for five months to complete.

For a less adventurous palate, Kjötsúpa, a traditional hearty soup made with vegetables and lamb is a favorite dish, especially during winter. Slow-roasted lamb is another popular dish, especially for holidays and celebrations. Two of the most popular baked food items are Snúður (a cinnamon bun) and Rúgbrauð (a rye bread baked in pots or casks buried by hot springs). What better place to enjoy ice cream than Iceland? This is a popular treat year-round, with ice cream stores offering plentiful flavors to try out.

If you have any questions about inflight catering for private jets in Keflavik, Iceland – contact weborders@airculinaire.com.