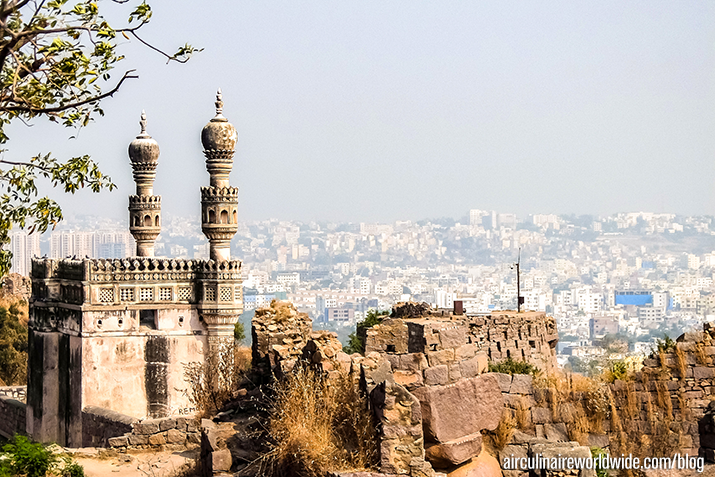 Located in the Telangana state in the southern region of India, Hyderabad experiences its peak season from October through February due to the weather being the best during that period of the year. Affectionately referred to as the “City of Peals,” Hyderabad is a historic trading center renowned for its diamonds and pearls. In contemporary times, Hyderabad is now known as India’s pharmaceutical capital and nicknamed “Genome Valley.” In addition to its contributions to the pharmaceutical industry, Hyderabad is also a global technology hub, which earned the nickname of “Cyberabad.”

When working on a private aviation trip to Hyderabad, you will land at Rajiv Gandhi International Airport (VOHS). During preparations for your trip, if crew or passengers require scheduled private transportation during your time in Hyderabad, arrangements are available through Universal Private Transport. For inflight dining options on your departure from Hyderabad, your needs can be fulfilled through the Air Culinaire Worldwide® Network. As always it is best to plan your inflight catering needs at least 48 hours ahead for the details of your next leg, especially during peak season.

With a history that stretches back to the Iron Age, there are countless sites to visit while in Hyderabad. Some of the more popular places for tourists to visit are Charminar, a mosque built in the 16th century; Golkonda, a 14th – 16th century kingdom fortress known for its unique acoustics; Hussain Sagar, a large statue of Buddha located on a small rocky island in the middle of a necklace-shaped lake; Ramoji Film City, the world’s largest film studio covering almost 1700 acres; and Chowmahalla Palace, an 18th  century Persian-style palace.

If you have any questions about inflight catering for private jets in India, contact weborders@airculinaire.com.