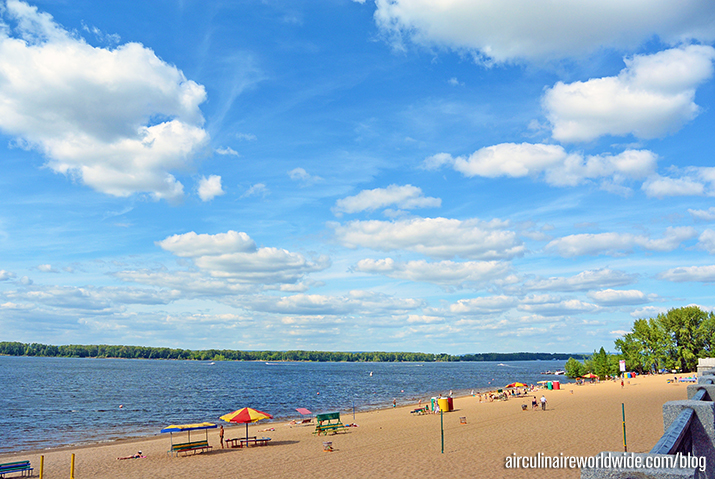 Continuing our blog series in the lead up to the World Cup in Russia this summer, we take a stop at Samara, a city formerly known as “Kuybyshev.” Located on the Volga River, Samara is the sixth largest city in Russia and is a powerful political, economic and cultural center. Peak season for Samara starts in May and ends by mid-September, which coincides with the city’s best weather and warmest months.

When operating to Samara, you will arrive at Kurumoch International Airport (UWWW). During preparations for your trip, if crew or passengers require scheduled private transportation during your time in Samara, arrangements are available through Universal Private Transport. For inflight dining options on your departure from Yekaterinburg, your needs can be fulfilled through the Air Culinaire Worldwide® Network. As always is it best to plan your inflight catering needs at least 48 hours ahead for the details of your next leg, especially during peak season. With a global event of this magnitude, inflight dining arrangements are made weeks in advance, in some cases.

Samara culture has a rich history that reaches back at least as far as 7000 years and is considered an architectural gem due to its preservation of wooden buildings and art nouveau structures from its 1900s boomtown phase. As well, you will find dozens of ornate religious structures throughout the city. The city also holds natural beauty, with the embankment of the Volga River touted as being some of the nicest stretch of shoreline in the region.

National holidays that are celebrated in Samara are New Year’s Day, Russian Orthodox Christmas Day, Defender of the Fatherland Day, International Women’s Day, International Labor Day, Victory day, Russian Independence Day and Unity Day. Be sure the plan ahead if you will be in town during any of these events for business closures. For example, some businesses may be closed for the entire week between New Year’s Day and Russian Orthodox Christmas Day. Popular annuals events include the Samara Tour Expo, Pop Music Festival, Night of the Museums, National Autumn Fair and the Christmas Fair.

Being located on a river, fish plays a prominent role in local cuisine in dishes like stew, salad, coulibiac (a type of pie), as a main course or in soup. You will find a variety of ethnic cuisines in local restaurants, food trucks and street food around the city and along the embankment. Sweets and bakeries are also plentiful, which have a strong Georgian influence. During summer the popular drink is a beer called Zhiguli and in winter the popular drink is Vektor or Rodnik vodka.

If you have any questions about this article or inflight catering in Samara, contact weborders@airculinaire.com.

World Cup and 2018 Russia World Cup are trademarks of the Fédération Internationale de Football Association (“FIFA”). Air Culinaire Worldwide, LLC is not associated in any way with FIFA.