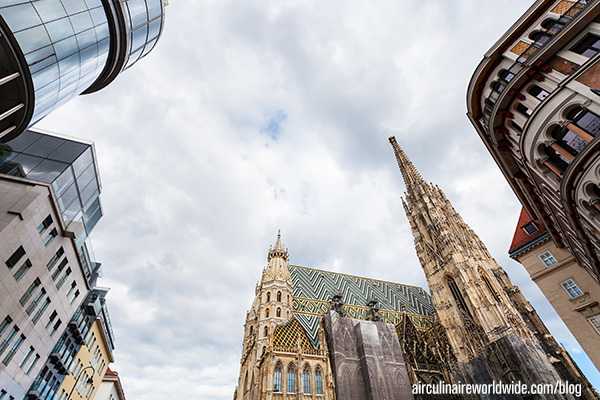 As the New Year approaches, we are already dreaming of Vienna’s world-famous Imperial Ball. Whether you will be in town to ring in 2016 or any time throughout the year, read on to learn more about this historical European capital city.

Vienna, or “Wien” in German, is Austria’s largest city and has the second largest German-speaking population in the world. The city not only is known for consistently ranking as one of the most livable cities in the world, but it also hosts global events for several international organizations. Peak season is from spring to fall, but also business aviation spikes when global events are held. When operating to Vienna, the main airport is Vienna International Airport (VIE / LOWW) which is located southeast of the city center. This is one of the locations covered by the Air Culinaire Worldwide Network.

In addition to the Imperial Ball, Viennese culture is rich in all varieties of the arts, which is evident in the city’s calendar of annual events. The Vienna Philharmonic puts on three concerts for New Year’s Eve and New Year’s Day. If you would like to attend, you will have to submit your details into the ticket lottery in January for the following year. During “Fasching” (Vienna’s Carnival), the “Wiener Staatsoper” (State Opera House) holds a ball on the last Thursday of the season. If you are in town during May or June, check the schedule for the five-week “Wiener Festwochen” (Vienna Festival).

An overall fun way to explore the city and get some exercise, is to join one of the many bike tours available. If you are feeling more adventurous, join a mountain hiking group and set off for the Alps. During winter months, you will have your choice of snow-related activities, as well.

Vienna’s history dates back to the Roman Empire, so it is no surprise that you will have your choice from dozens of museums. “Kunsthistorisches Museum Wein” (the Vienna Museum of Art History), the Belvedere Palace and Museum and the Albertina are all highly-rated art musuems. “Kaiserliche Schatzkammer Wien” (the Imperial Treasury of Vienna) is home to a breathtaking collection of royal artifacts, jewels, regalia and art. Vienna is well-known for waltzes, so you will not want to miss the “Haus der Musik – das Klangmuseum” (the Sound Museum) to experience six stories of interactive music history and science. If you know you will be in Vienna for a few days and have plenty of time on the ground to get out to a lot of the city’s sites, you may want to research if purchasing a Vienna Pass is your best option. This is a card that includes admission to several museums, attractions and hop-on tours.

While in Vienna, you will notice the local cuisine has Germanic and Hungarian influences. “Wiener schnitzel” (Viennese-style boneless tenderized and breaded meat; the national dish), “gulasch” (a hotpot) and “tafelspitz” (a beef dish) are just a few examples of unique local cuisine you will find. To satisfy sweet craving, try a “sachertorte” (chocolate cake) or “apfelstrudel” (apple-filled pastry).

If you have any questions about this article or in-flight catering in Vienna, contact weborders@airculinaire.com. 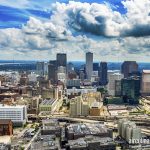 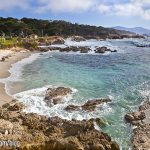 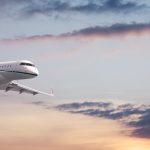 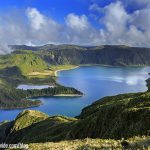