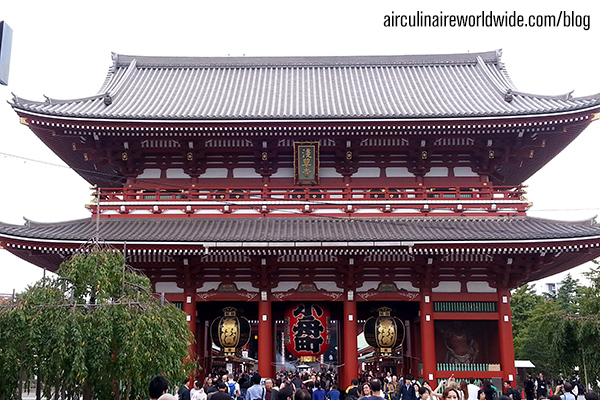 During our time in Tokyo, we were determined to make the best of it while we were grounded. At any time we could be asked to go, but we were pretty confident we would not leave for 48 hours. This provided me with ample time to explore the city of Tokyo.

A very interesting place Tokyo is. A huge metropolitan city with massive skyscrapers and an advanced public transit system. It is very crowded with tens of thousands of people walking around. The people are extremely friendly, and will help you in any way they can. You can certainly pick out the tourists from the locals since the locals dress in business clothing, regardless of the day. You will see local men in predominantly black slacks with white pressed shirts and ties, mature women dressed in business suits or modest skirts with neutral-colored blouses, and younger females dress a bit more flamboyant.

The first thing I did was to jump on the Tokyo Metro and head out to get a quick view of some of the famous sites around town. I visited the Buddhist temple San’en-zan Zōjō-ji and the Tokyo Tower. The temple houses graves of six of the venerated Tokugawa shoguns, as well as rows of thousands of statues of small children, paying homage to the death of unborn children in Tokyo. Behind the temple, standing at over is the 1000 feet, is the Tokyo Tower. A quick elevator ride to the top gives you a 360-degree view of Tokyo and the surrounding area. Inside the observation deck is a trophy case containing an object looks like a baseball (that was found inside a support beam near the top of the tower that no one knows how it got there).

After the tower, I made my way to several other sites including the oldest temple in Tokyo, the Senso-ji Temple in Asakusa. Before entering the temple, you can purchase an incense stick to light and place in a large receptacle in front of the entrance. You then waft the fumes of the incense onto your body to promote healing powers. Visitors may also participate in the tradition of the purification fountain. Simply take one of the ladles provided at the fountain, fill it with the fountain’s flowing water and rinse both hands with the water over the basin of the fountain. Upon quietly and respectfully entering, face the shrine and notice there is a coin offering box. Toss a coin into the box, bow deeply twice, clap your hands twice and then bow deeply once more. Pray or meditate for a few seconds, and then move to the right (a sign of respect) out of the shrine. On the grand road that leads to the Senso-ji temple grounds are rows and rows of shops selling everything from traditional Japanese garments, a wild arrangement of okobo (geisha shoes), hand-carved wooden crafts and beautiful paper paintings to kitschy tourist items like refrigerator magnets and “I love Tokyo” tee-shirts. At this point I had enough exploring for the day; I was getting a bit hungry.

Tokyo is not short on food stalls, restaurants and automats. The first place I ate at was at a 24-hour ramen noodle house. It was a tiny counter that maybe sat 12 customers with no wait staff to take your order. Instead, there was a vending machine that had pictures and prices of the items the restaurant offered. You just put your yen in the machine, pushed the button that corresponded with your selection and it returned a ticket and your change. You hand the ticket to the cook behind the counter and then take a seat at the bar. Two minutes later she brings you a piping hot bowl of ramen and a drink. I opted for the tonkatsu, a pork broth seasoned with soy sauce topped with chāshū (barbecue pork), hard-boiled eggs, nori and scallions. I topped it with crushed chili paste and pickled ginger. As I began to get into my meal, I noticed the other guests were really involved in eating their noodles by loudly slurping their noodles up. After observing and understanding what the accepted method of eating was, I gladly joined the chorus of boisterous consumption. The flavors were fantastic, savory, and the noodles were cooked to perfection. The charred pork added a sweet level to the food; the nori added a level of umami while the hard-boiled eggs created a creamy texture for the broth. The meal was well worth the $6.50 USD.

Afterward, I wandered around the city for another three hours. I took this time to visit other temple grounds, as well as high-end shopping districts, like Ginza and Midtown; and places of cultural interest, like Harajuku Station. Then I headed for bed; I had an early start planned for the next day.

This is the first part of a series on my personal experiences as an onboard chef visiting Tokyo, Japan. If you have any questions about this article or about in-flight catering, contact weborders@airculinaire.com.