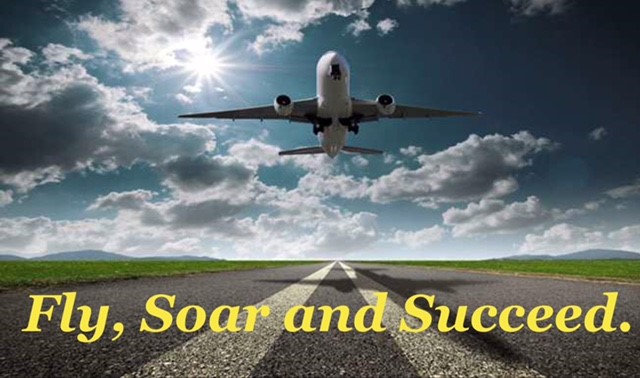 This will better serve each group’s members with a broader scope of representation for the region’s business aviation community. Also, two additional board seats have been created to accommodate the added representation. PNBAA strives to advocate for members by tracking, communicating and educating them on pertinent issues that affect business aviation. The group works to bring members together for enrichment and networking sessions relative to their area of interest within business aviation. With member and sponsor support, PNBAA is able to give back to the aviation community by way of scholarship awards from annual event proceeds.

Bringing the Schedulers & Dispatchers and Flight Attendant organizations into PNBAA means increased representation and value for members. Dues will continue as published on the PNBAA.org website. If members of the merging organizations are already PNBAA members, there is no action required. All members of PRSDA and NWCFAA are encouraged to join PNBAA.

The PNBAA will be holding their annual meeting April 6, 2016 at BFI, 0930-1800. They have a great agenda planned, including catering challenges for international trips, CRM, CIRP and fatigue management from Kevin Armstrong, wine presentation from Willamette Valley Vineyards, with a social afterwards to network. Please share the information with anyone, the meeting is free to any PNBAA member and $30.00 for non members. There will be a raffles with great prizes. 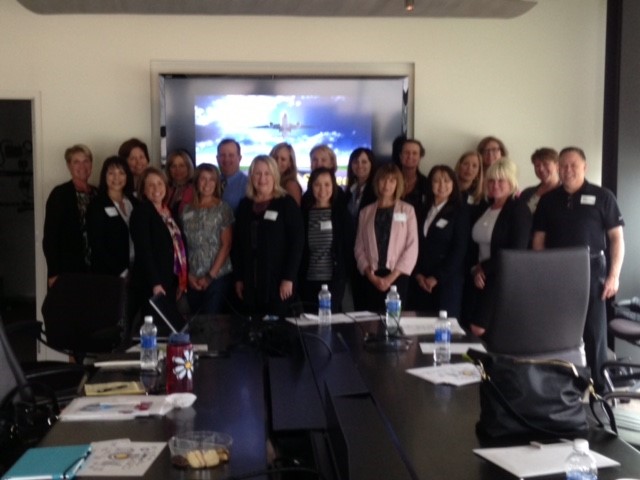 The PNCFAA’s first meeting was held in Seattle at BFI, Galvin’s FBO on Boeing Field, on January 3, 2013, with 12 attendees. Since then, the group has continued to grow. Meetings have been rotated between Seattle and Portland; hosted by Starbucks Flight Department, Global Aviation and Atlantic Aviation FBO.

Susy’s journey in aviation began at age 24 following backpacking trips in Europe and semester abroad in London, fueling her passion for seeing the world. She was encouraged to look at the travel industry as a profession and was hired as a flight attendant for a charter company, American Trans Air (ATA) based in Boston, San Francisco and Seattle. Charter flights to unique destinations gave her experience with a broad range of customers and extensive international travel. Her interest in corporate aviation stemmed from a conversation with fellow co-workers describing the work as being more personal, challenging and rewarding.

In the Seattle Times classified section, there was a posting for “Corporate Flight Attendants” and to inquire within. Susy’s interview led to a retainer position to fly the Portland Trail Blazers on the owner’s newly purchased 757 Boeing aircraft. This resulted in a full-time position with Aviation Methods, TAG Aviation and Vulcan Flight Management. This exposure to corporate aviation gave her a foundation for small corporate aircraft, Challenger 604, G-V, Global Express and larger corporate aircraft, Boeing 757.

Born and raised in a small village in Scotland, Maureen always had a strong desire to see and experience more than my little corner of the world. Her first job as a travel agent at Munro’s Tourist Agency in Aberdeen opened the door to opportunity. Three years later, she was offered a flight attendant position with Air UK and then with British Airways in London, where she spent seven years as a long-haul flight attendant.

Marriage took Maureen to Oregon, where she was introduced to private aviation. She spent eight years with Louisiana Pacific in Hillsboro, Oregon as a flight attendant on Gulfstream and BAC-111 aircraft. It was there that she learned the business side of aviation, quoting charters, scheduling and general office duties. That experience was key to her next position with AMI in Seattle, where she managed in-flight services for an international flight department with Boeing and Bombardier aircraft. It was there that she developed the skill of creating a team and understood the value of standardization and consistency within a large group. These combined opportunities prepared she to establish Walker Aviation, where she has been President for the past 17 years. Maureen’s small business has allowed her to consult with companies such as Boeing, and its other divisions in areas which include: aircraft interiors, public relations, flight attendant staffing, airshows, special events and world tour demo flights for new aircraft types joining their fleet.

Maureen offers one-on-one flight attendant training and tailored programs for newcomers to the industry. She also selects and provides flight attendants for Global Aviation, and has consulted with domestic and international aviation departments; creating synergy with groups of contract flight attendants who often do not have the opportunity to exchange ideas and support each other. She remains active as a flight attendant in all types of business aircraft and has a keen interest in the latest products and protocol in business aviation.

Joining the PNBAA Board of Directors from the PNCFAA is Sara Culver-Truby. Sara has been Co-Chair of PNCFAA, which she helped found in 2012. Prior to business aviation Sara worked as a commercial airline flight attendant with Northwest Airlines. She has been in business aviation for the past 17 years, beginning at a small FBO in Santa Rosa, California as a scheduler and is currently a full time flight attendant for Y2K Aviation, based in Hillsboro, Oregon. Her volunteer endeavors include PNCFAA and NBAA Flight Attendants/Flight Technicians Committee. Sara is an avid runner and enjoys endurance relay races when she is not flying. The vision of these organizations and committees has been to mentor and promote the value of the additional crew member.

For questions about PNBAA and details regarding the group’s upcoming meeting, please contact Stacey Wood at (425) 314-6850 or staceyrye@yahoo.com