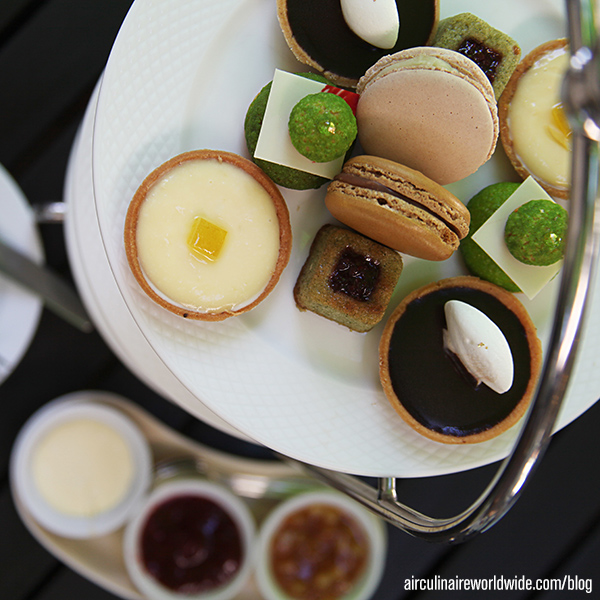 Afternoon tea has been a highly-popular tradition in England for generations. However, recently its popularity has been on the increase worldwide. Afternoon Tea is often found on the inflight menus of corporate jets and is a firm favourite among some passengers. Let’s explore afternoon tea andits origins.

During the early 19th-century, drinking tea in England had become popular with the elite and wealthy members of society. The 7th Duchess of Bedford is said to have complained of “having that sinking feeling” later in the afternoon. At that time, most people only ate two meals a day:  breakfast and dinner. The Duchess’s solution was to have a pot of tea and a light snack served to her in her quarters during the afternoon. She invited her friends to join her, and this became a daily social event. This gathering became so popular that, before long, all of fashionable society followed. This light meal came to be known as “afternoon tea.”

While there are no set rules about the content of a traditional afternoon tea menu, it usually consists of sandwiches, savouries and sweet items. Afternoon tea accompaniments are typically served on a stand and can include:

There is a classic selection of sandwiches served with afternoon tea. However, these are just a suggestion and can be changed to suit your passengers’ tastes.

The range of teas offered can vary. However, some common tea varieties served include: